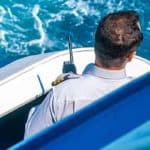 The owner of a passenger vessel which had numerous safety issues, who ignored a prohibition notice and continued to operate, was convicted in Gosford Local Court on 14 December 2021. The Commonwealth Director of Public Prosecutions laid charges against the owner of the Lady Kendall II, on behalf of the Australian Maritime Safety Authority (AMSA), for breach of a prohibition notice under the Maritime Safety (Domestic Commercial Vessel) National Law Act 2012.

Marine safety inspectors from Transport for NSW (TfNSW), acting on behalf of AMSA, conducted a planned inspection of the vessel at Gosford Public Wharf in October 2020 which resulted in the owner being issued with a prohibition notice.

“Prohibition notices specify the remedial actions that must be done to avoid worst-case scenarios which could involve injury or even loss of life,” said Michael Drake, AMSAs Executive Director of Operations.

“The breach in itself is a serious concern—and to then blatantly ignore the prohibition notice and fail to make any safety improvements while continuing to operate the vessel shows a level of disregard for people’s safety and the marine environment that we will not accept”.

The inspection identified a number of concerning issues with the passenger vessel, including unsecured sewage tanks and incorrectly configured plumbing, posing a serious threat to the safety of passengers and the marine environment.

Failure to follow a vessel’s safety management system or comply with safety obligations has far more serious consequences than a court-imposed fine and a conviction.

“Owners of commercial vessels are on notice that they have a legal obligation to ensure the safety of passengers and protect Australia’s precious marine environment,” Mr Drake said.

In addition to his conviction, the owner was fined $2,200.

Marine inspectors from TfNSW perform inspections on behalf of AMSA—both planned and unscheduled. They will conduct inspections of vessels under the authority of the National Law, checking as to whether the vessel appears to ensure safety of persons, the vessel and the environment.