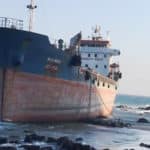 Muttamsetti Srinivasa Rao, Andhra Pradesh’s Tourism Minister, has said that the Bangladesh-based cargo vessel MV Maa had drifted from the anchorage point and had run aground near Tenneti Park, Visakhapatnam, during the second week of October will be converted into a floating restaurant. The restaurant can host 500 guests.

Addressing the media on Thursday, he said that Gill Marines will modernize the ship in the PPP mode. The deadline for delivery is four months. 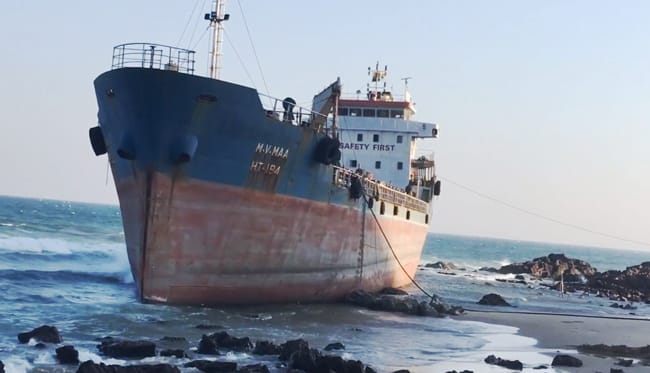 Tourists will be permitted to take a tour of the ship from 29 December. As restoration and salvage operations were not optimal, the vessel owner, Advance Shipping, decided to abandon the ship. PNI Club, the vessel insurers took over and declared the vessel to be a wreck.

Gill Marines, which bought the vessel from the insurers, initially offered to sell it off to the APTDC for about Rs. 4.50 crore. After negotiations, the company settled on Rs. 1.25 crore. The State Cabinet then approved the proposal for converting MV Maa into a floating restaurant.

Senegal Seizes $5 Million Worth Of Ammunition From Cargo Ship ‘Eolika’